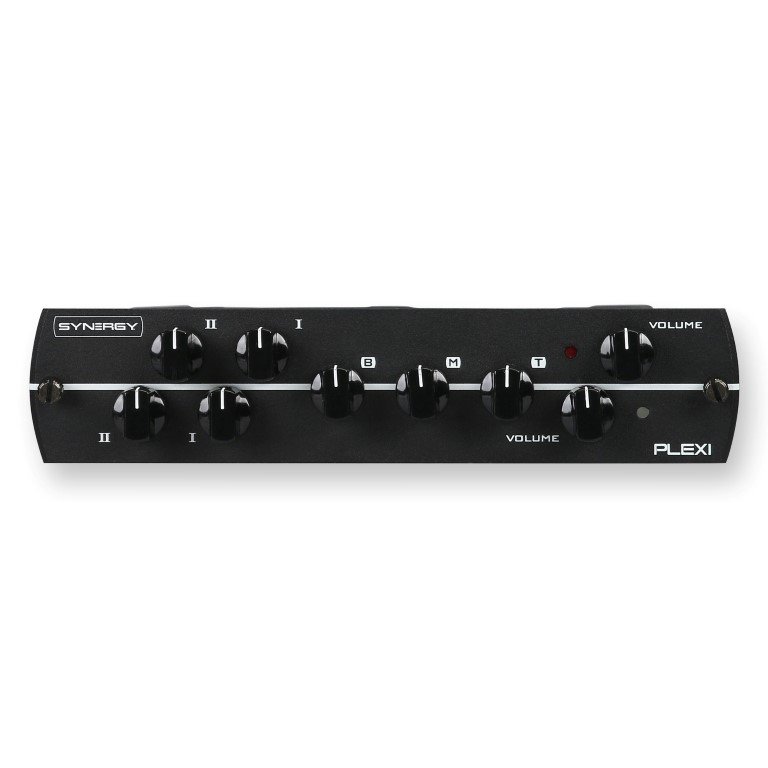 There's no question about it. A cranked British stack is, was, and always will be the sound of rock. From the moment in the 1960s when these amps were created to keep up with the likes of Pete Townshend, Jimi Hendrix, and Eric Clapton, a revolution in thick-creamy overdrive was born. Since that time, there have been a string of British amps so iconic that they continue to rule stages around the world. From the Bluesbreakers album to Malmsteen’s high-flying precision, the company that invented the amp stack is still synonymous with everything hard rock and metal.

If British amps are the sound of rock, the Plexi is the sound of British amps. Eddie Van Halen, Jimi Hendrix, Angus Young, J Mascis, and Jimmy Page are just a handful of players that have pushed their genre-defining riffs through these dominating walls of guitar amplification. Originally developed to keep up with ever-growing demand for more volume and distortion from the burgeoning hard rock scene of the '60s, these Plexis have continued to define what rock guitar sounds like. With no master volume and the need to make up for the less-than-adequate PA systems of their day, the only way to get the most from your Plexi was to crank it to punishing volume levels. But if the ever increasing popularity of these amps is any indication, that's just how guitar players like it.

The sound of a Plexi is one that every guitarist needs in their arsenal. There are a million ways out there to approximate that tone, but our Dave Friedman-designed Synergy Plexi preamp nails it with an authenticity of sound and feel that you won't find anywhere else. And it does it at volume levels ranging from performance volume to silent recording. The two channels of the Plexi module can be dialed in for jumping between a great rhythm and lead tone. While each channel's I and II controls work much the same way as jumping the inputs on the original amps, allowing you precise control over the shape of your gain. With the 12AX7-driven Synergy Plexi Preamp, you're adding the undisputed sound of rock guitar to your palette.

The Synergy Plexi pre-amp features two channels, each with gain, Input I and Input II knobs.  Both channels share a three band EQ.

The Synergy PLEXI module includes a three position switch which allows you to configure the input tube bass response to match the original circuit of the selected module Patent Pending. Switch setting will will affect the feel and tightness. Each amp designer has a specific combination of components that makes up their input tube circuit. We have selected the three most popular combinations which you can access with this switch. You can experiment and try any of the positions to see what you prefer. The PLEXI module will come preset to same setting as a Marshall Plexi which is switch position 2 (2.7K resistor and .68uf capacitor).