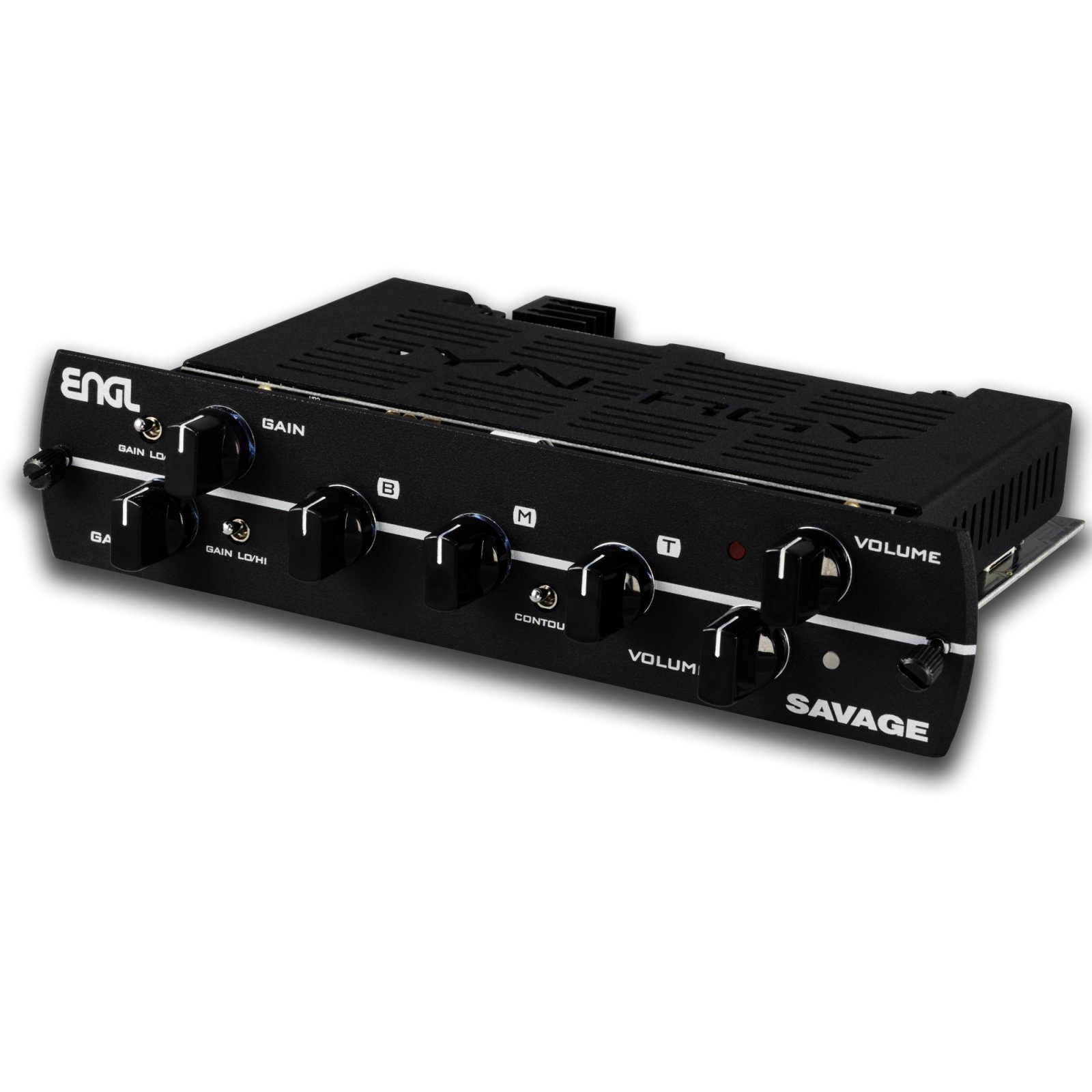 Engl amplifiers have long been known as a premium example of boutique, high-gain tone. And a large part of that legacy is due to the esteemed Engl SAVAGE amplifier. From the moment it hit the scene in the early 1990s, guitarists the world over took notice of its ability to blend searing gain with a string-to-string clarity that stands as an industry standard.  Engl’s Horst Langer has crafted numerous top-tier amplifiers that continue to inspire legendary artists such as Richie Blackmore, Marty Friedman, and Steve Morse. But it’s his SAVAGE that continues to stand on top of Engl’s lauded line.

Never ones to ignore a classic design, Synergy reached out to Horst Langer and asked him to focus the SAVAGE’s massive tonal palette and intense touch response into one of our incredibly popular Synergy preamp modules. And we’re proud to say, he nailed it. Not only does the Synergy SAVAGE preamp module give you a giant of an amp into a compact and convenient package, but thanks to two Gain Lo/Hi switches and a carefully sculpted Contour switch, you’re in control of an astoundingly flexible assortment of tones.

By partnering with such iconic amplifier designers as Horst Langer, we’re able to offer you the most sought-after tones in all-tube designs that are perfect for the direct-recording, lower-stage-volume, and compact-guitar-rig demands of today. It’s easy to see why the Synergy preamp module system is taking the industry by storm.

This three-position switch allows you to configure the input tube bass response to match the original circuit of the selected module. This will affect the feel and tightness. Each amp designer has a specific combination of components that make up their input tube circuit. We have selected the three most popular combinations which you can access with this switch. The module will come preset to Synergy's preferred setting which for the SAVAGE module is position 1 (1.5K resistor and 22uf capacitor).

Synergy hardware and interchangeable pre-amps are protected under US patent.