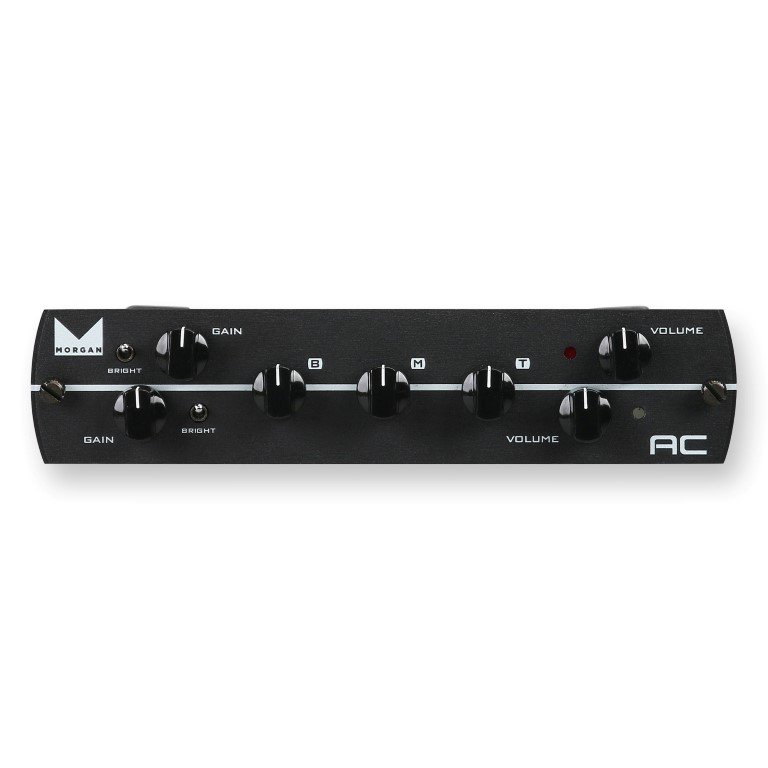 Joe Morgan is a man who is committed to purity. His amplifier designs are straight-forward affairs that aim to be as much of an instrument as your electric guitar. It's because of this allegiance to quality that he will only use the finest materials and craftsmanship while expecting only the finest tones from his amps. Amplifiers such as his AC series and SW line have created a massive stir on stages and in studios around the world for how well they achieve the character of some of the most coveted vintage amps, while adding even more clarity and complexity to the tone. When your artist roster contains as many first-call session guitarists who are critical about their tone as Morgan's, you know you're doing something very right.

Morgan's AC series of tube amplifiers is one of the company's most lauded lines. They’re praised for their ability to achieve the vintage chime of many British Class-A combos, their pedal-friendly headroom required by modern players, and their ability to get dirty with the best of them. Most impressively, they do it all while having a simple 3-knob control layout. It’s this tonal flexibility and their specifically British personality that has placed the Morgan AC amplifiers in the rigs of some of Nashville's top session players and the world's most notable touring pros.

Fire up a Synergy Morgan AC preamp and the jangly flexibility that is making the Morgan ACs players' go-to amps will be yours. In fact, the AC module is designed by Joe Morgan himself to elicit all the detail and tone of his own amplifiers. Onboard you'll find two similarly voiced channels that, unlike on the amplifiers, allow you to quickly switch between two AC tones on the fly. Two 12AX7 preamp tubes are employed to deliver British character and crispy break up. And each channel is outfitted with a bright switch for tailoring the preamp to each of your guitars. When nothing but AC-style tone will do, plug in your Synergy Morgan AC preamp.

The Synergy AC pre-amp features two channels each with knobs for gain and volume and a bright switch.  Both channels share a three band EQ.

The Morgan AC module features a three position switch allows you to configure the input tube bass response to match the original circuit of the selected module (patent pending). This will affect the feel and tightness. Each amp designer has a specific combination of components that makes up their input tube circuit. We have selected the three most popular combinations which you can access with this switch. This module will come preset to Joe Morgan's choice which for the AC module is position 1 ( 1.5K resistor and 22uf capacitor).