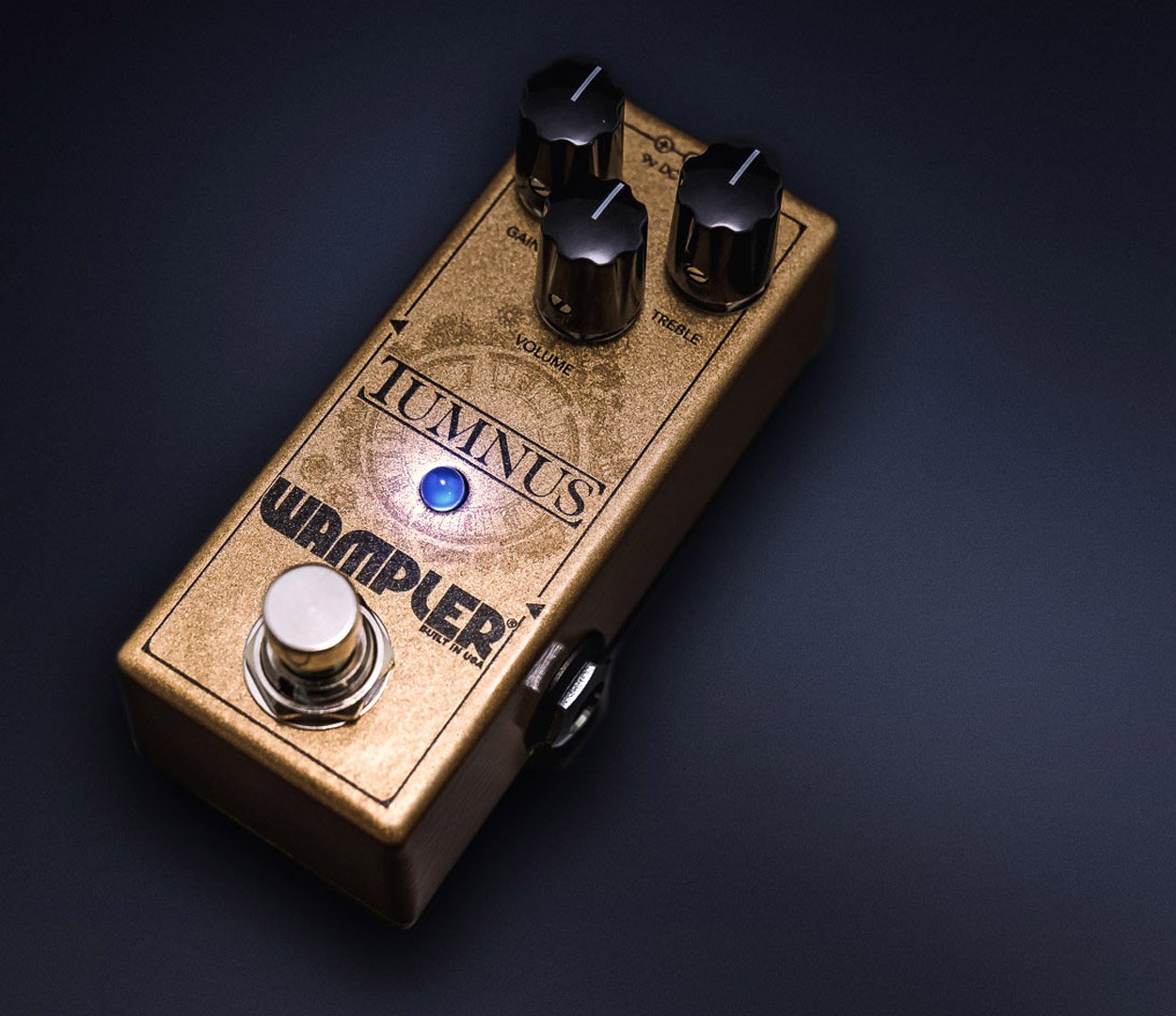 There is one overdrive circuit to this day has been the most talked about, the most sought after, and the most mythical of them all. It’s big, it’s expensive, and it has certainly earned its place at the table. Wampler has painstakingly and faithfully reproduced that magical tone in all its glory in an unbelievably small package, and its name is Tumnus. Tumnus is a versatile addition to any setup, any style. Stack it with another pedal to help push or shape the total amount of gain, use it as a stand alone overdrive, or use it as a slightly dirty boost to push the front end of your amp over the edge. You can even use it as a buffer, because just like the original this pedal is not true bypass. Instead, faithful to the original, this pedal contains a buffered bypass tone legendary in its own right. The Tumnus’ streamlined 3 control knobs (Volume, Gain, and Treble) allow you to quickly dial in your tones no matter what the gig calls for. We aren’t going to sit here and claim it has magical parts, or we sourced out 60 year old diodes that make it perfect, but we are going to say that during our research we looked at everything available and then only used the parts that Brian chose to replicate that amazing tone. Let’s face it, not everyone has room for a four-legged beast on their board. This smaller version slips in and out of a myriad of tight situations. Now you can have the tone. Now you can have history. Now you can have it all without having to sell your prized gear possessions. The Wampler Tumnus, standing up for that amazing tone, but without the outrageous claims often associated with it.
Order Today 1-808-942-2900